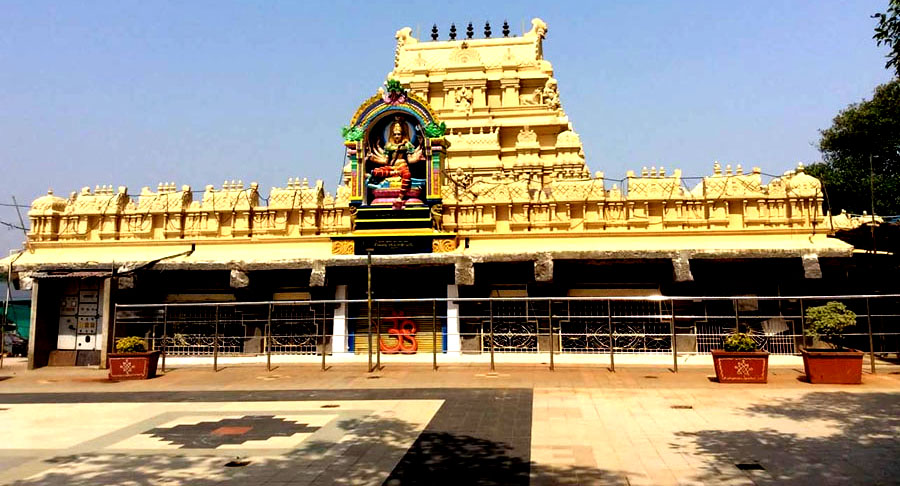 Bhadrakali Temple Warangal is a shrine to the goddess Bhadrakali. As per the history of Bhadrakali temple, it is believed to be built by the King Pulakeshin II for his victory over Vengi region.

The temple has seen many changes, from being destroyed by the Alauddin Khilji and renovated by Sri Ganapathi Sastri. Even the historical famous diamond of Indian culture Koh-I-Noor is related to the Bhadrakali Temple history. It is one of the Famous Temples in Telangana.

Goddess Bhadrakali is one of the most powerful forms of Goddess Parvathi. Bhadrakali Temple has the carved stone idol of the Goddess Bhadrakali in the sanctum. The meaning of the name “Bhadra” means one who protects from the evil and blesses with good fortune.

After King Pulakeshin II, the Kakatiya kings adopted the temple. They worshipped goddess Bhadrakali as the “Kula Devatha”, meaning their family prays the goddess. In the years, Kakatiyas lost to the Muslim rulers of Delhi. Later Bhadrakali temple has lost its eminence due to the events caused in the timeline.

To stop the invasion of the Alauddin Khilji, over the temple the Kakatiyas had made the truce. They offered Khilji with the historical Koh-I-Noor diamond. The diamond is immensely related to the Bhadrakali temple history. Legend says the diamond is installed previously by Kakatiya dynasty in the left eye of the idol.

The temple has regained a part of its eminence only in the year 1950. Sri Ganapati Sastri, along with few locals, has renovated the temple at this time. After the renovation, the temple surely portrays a few bits of the historical magnificence. Warangal Bhadrakali temple history also depicts one of the ancient reigns of its era. Lakhs of devotees from different places visit Bhadrakali Temple every year.

Bhadrakali Temple established in 625 A. D is the magnificent view for architecture lovers. Chalukya and the Kakatiyas architectural styles greatly shown in the architecture of Bhadrakali temple. It is known as one of the famous temples in Warangal district and also in the state of Telangana.

The vehicle of goddess Bhadrakali, the lion, is placed before the sanctum opposite to the idol. Bhadrakali temple also has few other shrines of Gods and Goddesses. Lord Shiva, Subramanya Swamy, Hanuman, and Navagrahas idols placed inside the temple. These idols are carved out of the stones and hold the ancient architectural charm.

Lord Ganesh temple placed at the entrance is the recent idol. Even though many renovations have been made to the temple, the ancient pillars are still a tremendous proof of ancient architecture. The mystical beauty of the temple can be experienced only by visiting the temple.

Timings for visiting the sanctum of the Bhadrakali temple are as below. Devotees can perform the pooja and seva alongside darshanam.

The temple timings for darshanam and pooja may differ on the special days and festivals. Photography is not allowed inside the temple. The months from August to October is the best time to visit Bhadrakali temple.

Bhadrakali Temple located on the spectacular hillock. It is present in between the cities of Hanmakonda and Warangal. The panoramic view of the temple attracts many pilgrims. Bhadrakali Temple can be considered one of the Top 10 Famous Temples to Visit in Telangana.

Pilgrims can commute to the temple by bus, car or any other vehicle. Frequent government buses are available from Karimnagar and Hyderabad to Warangal location. You can hire an auto-rickshaw or cab to reach the Bhadrakali Temple.

Below are the details of the distance and transportation available.

Warangal district located in the northern region of Telangana state. It has a massive role in the historical factors and artifacts of Indian heritage. The famous rulers who once lived in this place have built monuments, fortress, and temples. Alongside visiting Bhadrakali temple, one can also visit these places to view the heritage of ancient Indian culture. Few of the famous places to visit in Warangal are,

Have a pleasant time in Warangal by visiting these wonderful places. Enhance the pure spirit within you by travelling to Bhadrakali temple in Warangal. Please contact the temple in charge regarding the timings or for any further information.